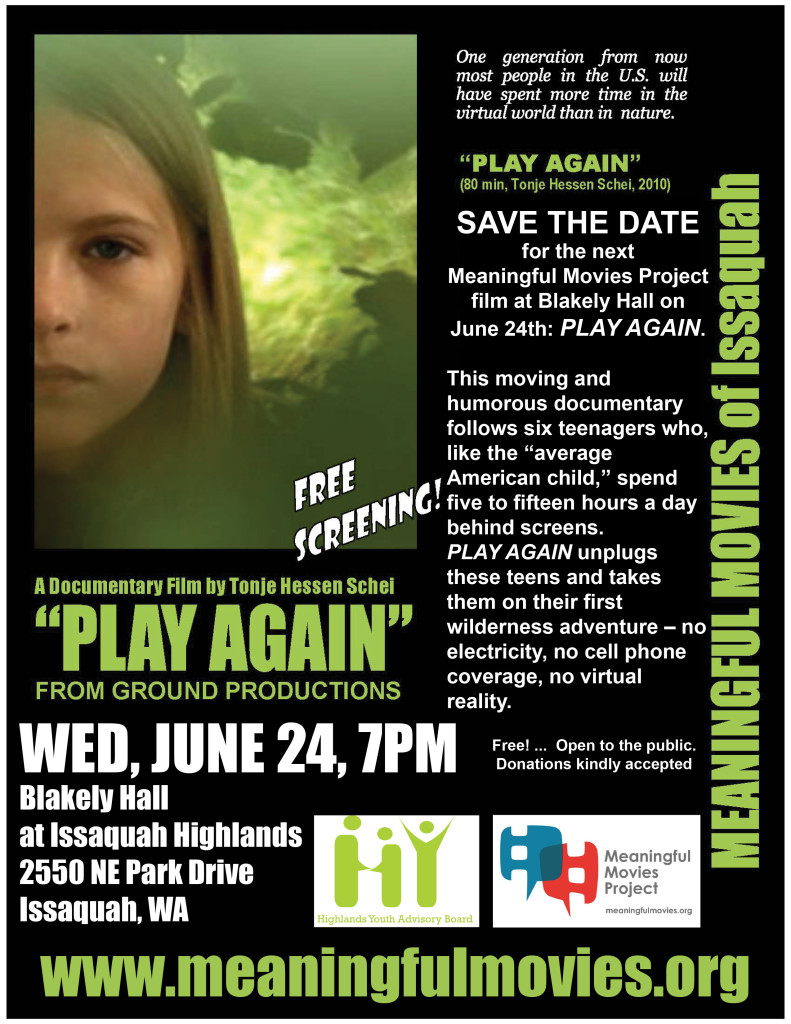 Sponsored by: The HY (Highlands Youth) Board

At a time when children play more behind screens than outside, PLAY AGAIN explores the impact on our children, our society, and ultimately, our planet.

This moving and humorous documentary follows six teenagers who, like the “average American child,” spend five to fifteen hours a day behind screens. PLAY AGAIN unplugs these teens and takes them on their first
wilderness adventure – no electricity, no cell phone coverage, no virtual reality. http://meaningfulmovies.org/events/play-again/

Issaquah Meaningful Movies brings the greater Issaquah community together through education and advocacy, using the power of social justice documentary film and discussion. This monthly documentary film event educates, inspires and connects those who wish to commit to effective, nonviolent solutions in building a more peaceful and just world. All film topics embrace the principles of peace, justice and non-violence, in action as well as speech. Films may include discussion of religious or political topics, however the event itself will not be religiously or politically affiliated.